“A garden without a hedge is like a picture without a frame.”
Noel Proctor, Garden Hedges, 1960

Arnold Arboretum Hedge Collection
Donald Wyman, horticulturist at the Arnold Arboretum from 1936-1970, was largely responsible for the hedge collection at this early and very influential arboretum. In 1938 the collection contained 115 species (Wyman, 2011). 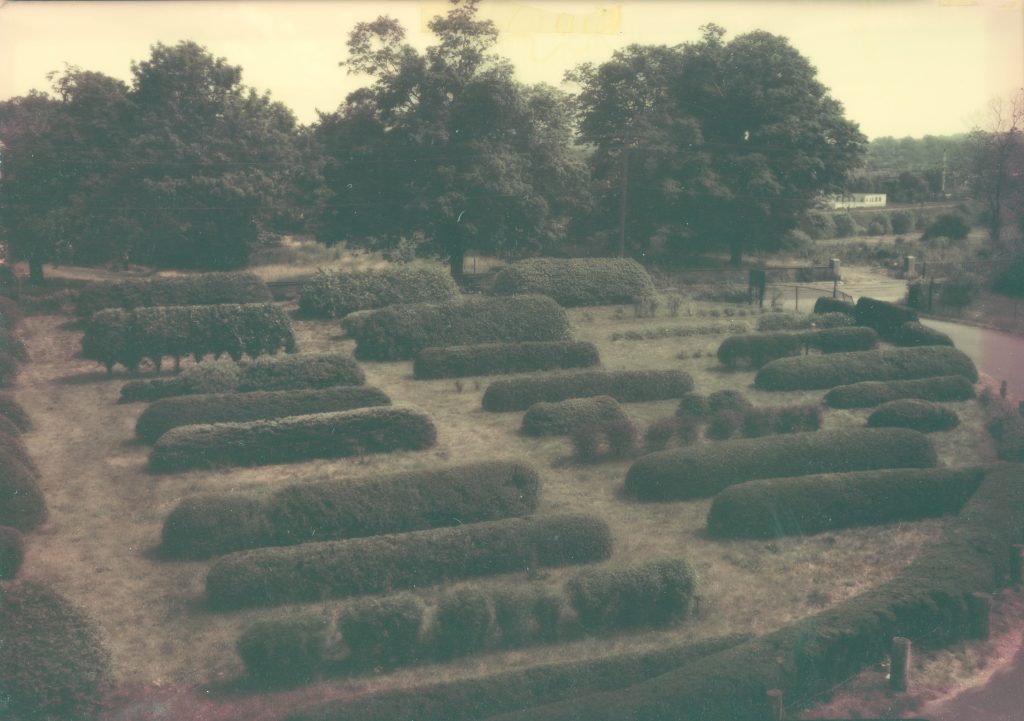 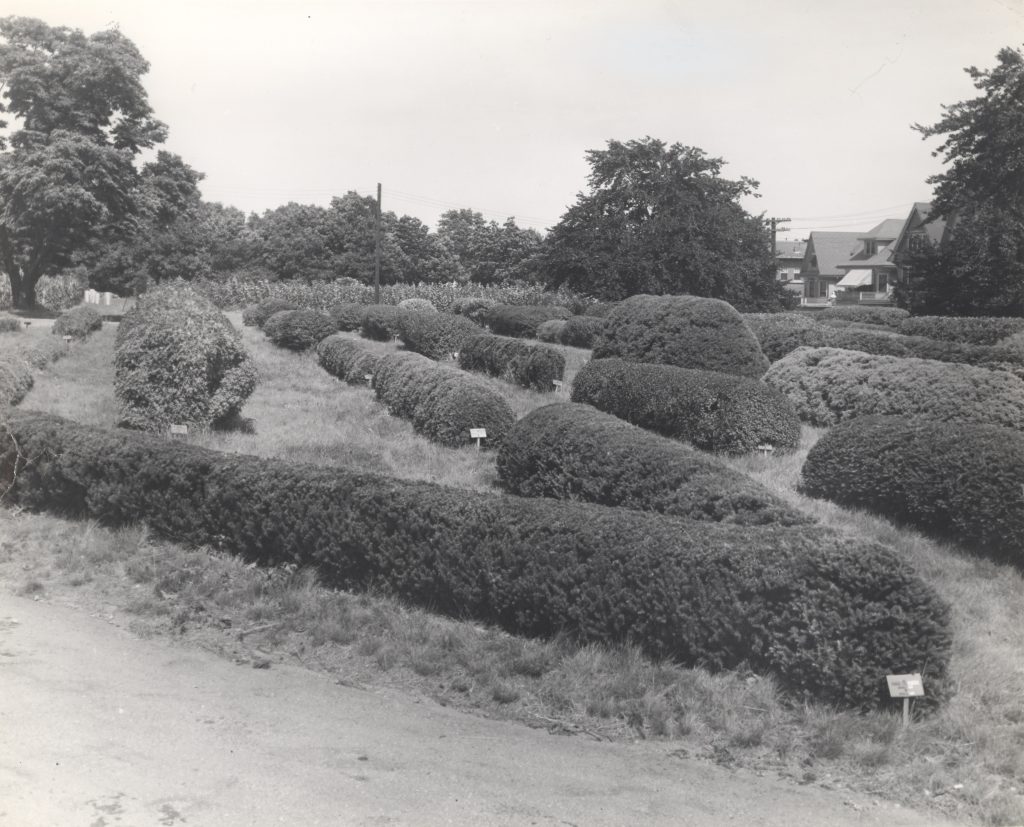 Donald Wyman could be called the Father of the American Hedge with his 1938 book Hedges, Screens and Windbreaks that documented plants suitable for hedges as well as showing their versatile uses. He felt hedges were a “subject of absorbing interest.” So popular were hedges that F.F. Rockwell noted in the book’s introduction that “hedges in one form or another are to be found in a greater percentage of home landscape plantings than any other feature. The hedge and the lawn are the common denominators of ornamental planting.” Wyman included in his book 25 individual lists of hedge plants for specific purposes, including protective hedges, shade hedges, screens, narrow columnar areas, informal, and hedges for specific geographical regions of the U.S. Wyman felt that hedges made the landscape more attractive and improved the setting by adding beauty as well as specific landscape functions.

From a design standpoint, Wyman defined many uses for hedges: to add interest in designs, separate garden areas into rooms, define utilitarian areas, create architectural unity between the garden and the house, or supplement the architecture of the house, provide edging for a road or drive, to create the ‘ideal background’ for statuary and other focal points, to give a ‘wall- like texture’ used to increase the apparent depth of a garden or property: a trick of perspective as well as to add interest, provide a shield for privacy from street or roadway, or a wind shelter. Hedges could be a background, to “relieve the monotony of a level surface,” provide shelter and privacy for tender plants like roses, or enclose a patio or deck to create the sense of added privacy. Even “the entrance to the house may be given added character and dignity by the well-planned use of hedge material” Wyman (1938) noted. Hedges had endless possibilities for the home landscape in Wyman’s view.

Although very practical, Wyman followed what many other designers had done before him, including Gertrude Jekyll, Vita Sackville West, and Thomas Mawson. In 1957 Wyman wrote a 20-year assessment of Arnold Arboretum’s hedge collection, noting “82 of the 115 hedges were alive and growing well.” The Arnold Arboretum’s hedge collection was removed in 1997.

The Morton Arboretum in Chicago, IL, has the “oldest, continuous hedge display among public gardens in the United States.” Initially planted in 1934 (3 years ahead of the Arnold Arboretum and 33 years before the Minnesota Landscape Arboretum) as the “great formal landscape in the European tradition,” the display includes 30 sheared and 28 unsheared hedges (Morton Arboretum, 2021). The display underwent rehabilitation in 1994 on its 60th Anniversary; “one of the least-used elements in the modern landscape is the sheared hedge…and yet, in formal landscapes, sheared hedges remain one of the classic elements” (Mchaffney, 1996).

Hedges: A Brief History and the Minnesota Landscape Arboretum Hedge Collection by Mary Hockenberry Meyer is licensed under a Creative Commons Attribution-NonCommercial 4.0 International License, except where otherwise noted.