Know reactants and products and what organelle the processes occur in

Greetings! Today we’re going to learn about cellular respiration. “But Andrew”, I hear you saying, “how can we learn if we can’t go to school?” And to that I say, well, first of all, how do you know my name is Andrew, that’s creepy, but more importantly, HA! School isn’t a place! It’s a mentality! A little quarantine won’t stop us from learning, no siree. I’m here for you, your teachers are here for you, and we’re gonna keep on powering through this, because you all are just that important.

And speaking of powering through, power is exactly what is all about. Cellular respiration is the process in which a cell breaks down sugar, specifically , and turns it into energy. Of course, there’s a bit more to the process than that, but that’s the long and short of it. Let’s jump in.

Now, you might’ve heard of the . These lovely little are found in almost every type of cell, they’re these things here, that kinda look like a bunch of inside out raisins. But don’t go trying to pick these out of your trail mix, because without them, you’d be dead. You see, as you might have guessed, the reason we care about the mitochondria today is because it is inside of them that cellular respiration takes place. One might say that mitochondria are the house that powers the cell. The powerful house of the cell. The part of the cell that houses power. Hmm, if only there was a more succinct and universal way of putting that. I’ll work on it. 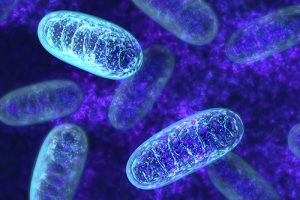 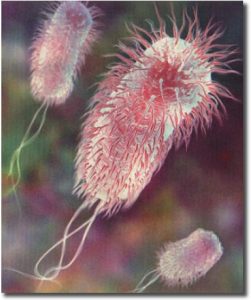 Fun side note– because we like to have fun here at Murray Middle School– notice how similar mitochondria look to bacteria. Many scientists believe that mitochondria were actually once completely separate organisms that formed a symbiotic, mutually beneficial, relationship with larger cells, until they finally were just absorbed into the cells entirely and became the organelles we know and love today.

Ok, so what the heck does this mean? Well, let’s go through it step by step. This big honkin’ molecule over here, C6H12O6, is Glucose, that sugar we were talking about earlier. It’s the type of sugar that plants produce in photosynthesis. So according to this equation, cellular respiration takes in one molecule of Glucose and combines it with six molecules of Oxygen, mixes ‘em together and spits out six molecules each of carbon dioxide and water. But wait! There’s something else that’s produced here, and it’s what’s crucially important about cellular respiration! That’s right: Energy. The energy that your muscles need to move, that your brain needs to think, and that your cells need to grow, all comes from this one little word here on the right side of this equation. It’s beautiful, and it’s the whole reason we can do anything at all.

Now, before I go, I wanna tie off one final loose end here, one spot where I’ve been kinda vague about what’s really going on. We’ve learned so far that cellular respiration occurs in the mitochondria and breaks down Glucose to release energy according to our new favorite equation there. But what do we mean by energy? Is it electricity? Is it heat? Is it the Force?

As it turns out, no. The energy is actually stored in another chemical called , or ATP, that is produced in the respiration reaction. ATP is basically the purest fuel there is for your cells; it is what is directly consumed by processes that use energy, such as muscle contraction and DNA replication. So when we say respiration produces energy, what we really mean is ATP, but in the context of your cells, they’re more or less the same thing.

So there you have it! Cellular respiration.

The process in which cells break down convert nutrients into energy

(C6H12O6) - The primary sugar which provides energy to the cells of living things.

a specialized structure within a cell