This question brings us to the giants on whose shoulders we stand. The foundation of this theoretical approach comes from Eric Erickson’s work in identifying psychological developmental stages, and for that I am forever grateful. Eric Berne, a student of Eric Erickson, contributed also. Berne’s respect for individuals’ ability to think for themselves and his dedication to the belief in peoples’ inherent okay-ness helped shape the thrust of the Developmental Affirmations. Berne’s how-to of analyzing transactions led to the important “You can,” and “I will” permission-giving framework of the affirmations. Gene Cohen, also a student of Erickson, contributed to the thinking about adulthood and old age. Currently, Daniel J Livitin’s book, “Successful Aging” reports research that supports looking at the aging brain as a growing and invaluable resource for individuals and for the nation.

More names that pop into awareness are Jean Piaget, Abraham Maslow, Daniel Levinson, George Vaillant, Russel Osnes, Rollo May and the Dalai Lama. I am sure many others contributed important pieces of the theoretical puzzle, and I am grateful to each and every person.

The values that shape the Developmental Affirmations rest on the theory that people are more empowered when they are helped to think clearly for themselves, than if they are told what to think by someone else. The goal of the Developmental Affirmations is to present simple, clear ways to offer ideas, concepts, and permissions in a way that is respectful and does not cause cognitive dissonance, confusion or distress.

Some popular theories about affirmations circle around a belief in empowerment by repetitions. That is, if you just say something enough times, you will come to believe it. Not necessarily true. We have probably all met someone who thinks they are dumb, ugly, or unlovable, but they look really okay to us. But, chances are someone powerful (to them) first ridiculed them in a very emotional way.  “You are so dumb! You are ugly. Nobody could love you.” Unfortunately, some believed it and embraced it, possibly even to the point of assuming that their life depended on that belief.

These “override” affirmations are designed by another person to counter destructive beliefs. They usually start with “I.”  The person is told to say, “I am smart and beautiful.”

If a person chants, “I am smart and beautiful” five times every night and morning for weeks, that message is supposed to become a new belief. This comes from the brain research that tells us that every time a person says or thinks about something, the brain lays down a small neural track. So, repeat something enough times and you will have a big enough brain track to believe it. It may, in fact, come to feel warm and cozy. However, chances are, when some big stressor occurs, the light blanket of new belief is not strong enough, and the old messages rear their ugly heads, and the person is still not beautiful or smart, and now has failed again. This creates a world of discomfort, resulting in the opposite of the positive effect that was intended.

If, instead, the messages are offered as reminders of possibilities, the person can listen and decide whether it would be in their best interest to accept the new belief. Compare telling a person to say, “I am smart,” a directive given by another, with, “I’ve noticed you have your own kind of smarts; I’ve seen you …” Not a directive, but an invitation to reconsider an old belief.

“You” and “I” are carefully used to indicate who is responsible for what. The Developmental Affirmations consist of two segments. Reminders: “You can… (do your part),” and support: “I will … (do my part).”

About the Reminder Affirmations: the “You can …” Messages.

The Developmental Affirmations, instead of being directives telling you what to believe or what to think, are reminders of specific inborn human capabilities that we all have that could be helpful at each developmental stage. Persons of faith think of those gifts as God-given. They start with You: “You can …” which is a reminder that you have the potential for that capability.

Here is a Reminder affirmation example from each stage. 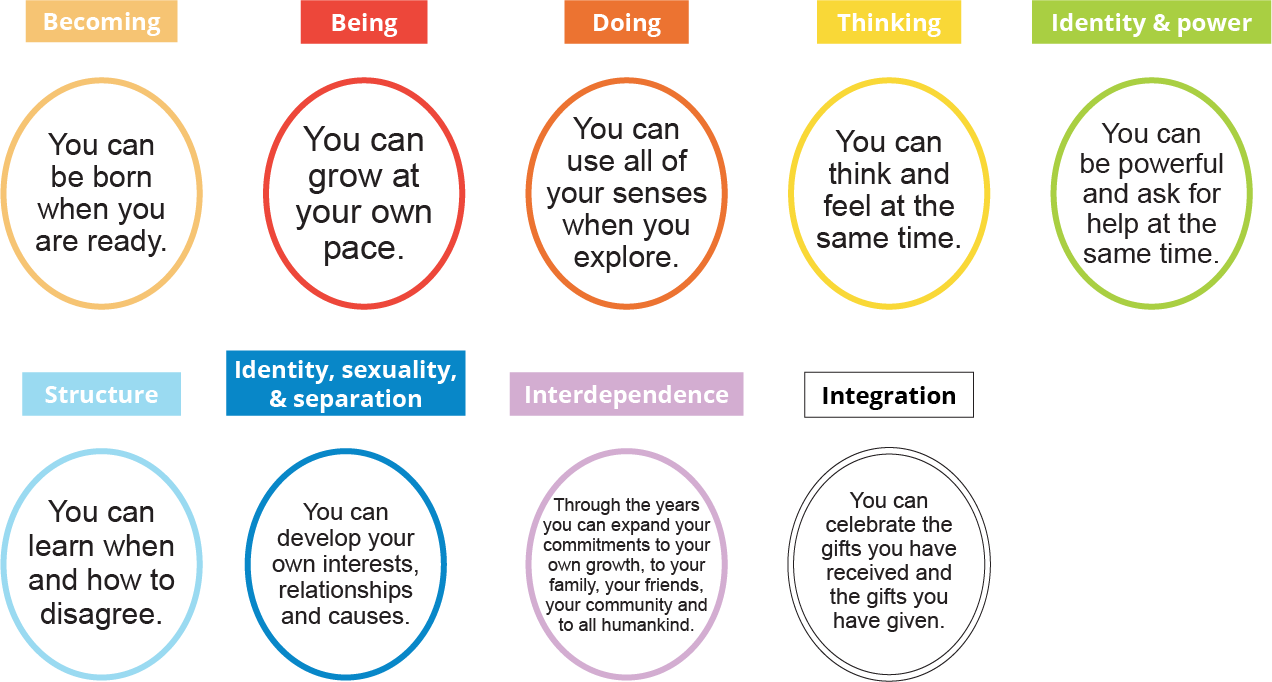 The reminder affirmations can help children become more responsible, so they learn to take good care of themselves and others. Adults use them to empower themselves so they can better achieve their own goals and can strengthen their contributions to their families and the community.

About the Support Affirmations: “I do …” or the “I will …” messages.

The Developmental Affirmations also offer support for growth in two ways. First, the nine “love affirmations” offer emotional backing in the form of assurances of support. 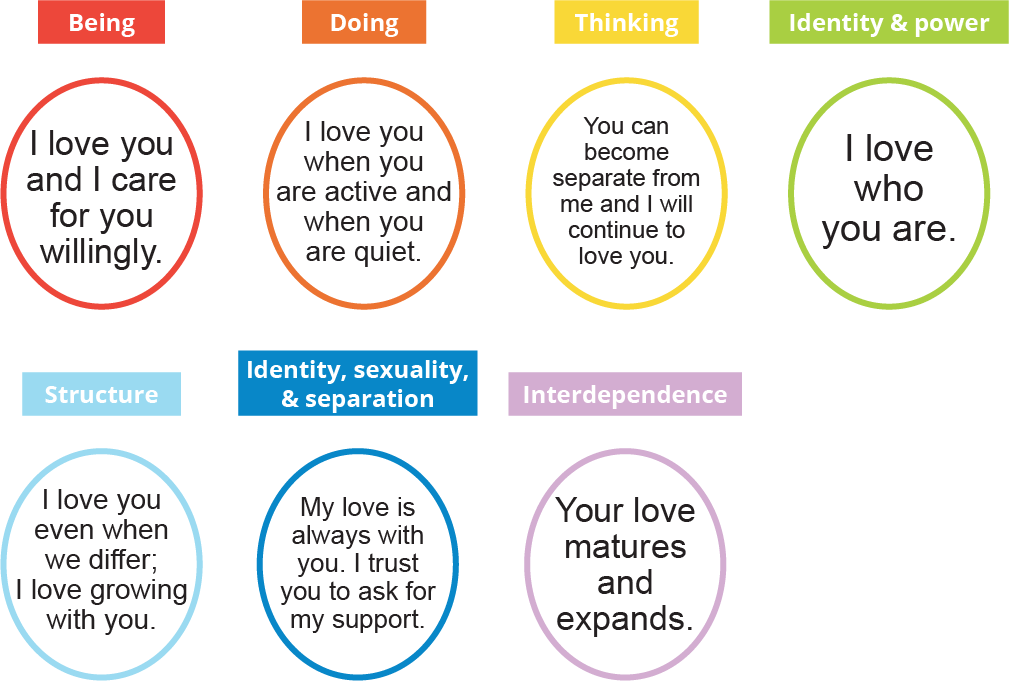 These are the thoughts, values, and theories that I recognize. Of course, there may be other values and beliefs so deeply held that I take them for granted and have missed claiming them. If you find some, please let me know.

Words that Help: Affirmations for any age, every stage Copyright © by Jean Illsley Clarke, Ph.D. All Rights Reserved.